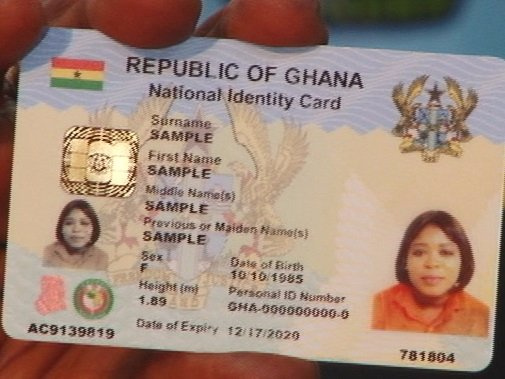 President Nana Akufo-Addo has announced that all National ID Card numbers will this year be used as Tax Identification Numbers (TIN) and SSNIT numbers.
The President made this known when he delivered his first State of the Nation address of his second term on Tuesday, March 9.
According to him, there has been more progress in formalizing the Ghanaian economy than there was in the previous sixty (60) years since independence.
“Mr. Speaker, for the first time, we have enrolled 15.5 million people onto the National ID card system (the Ghanacard), and we will complete the process this year. From 1st April, and this is not an April Fool’s prank, all National ID numbers will become Tax Identification Numbers. In so doing, the number of people registered by GRA for tax purposes will increase from the current three million (3 million) to 15.5 million.
“I should recall that at the end of 2016, only 750,000 people had TIN numbers. The increase to 15.5 million in just four years is simply phenomenal. Similarly, from the 2nd Quarter of this year, all National ID numbers will also become SSNIT numbers. This will increase the number of people on the SSNIT database from four million (4 million) to 15.5 million! The National ID numbers will also become NHIS numbers. Very soon we will link the National ID to all SIM cards, bank accounts, Births and Death Registry, DVLA, and passports.”
The President added that “through the implementation of the Digital Property Addressing System, every location in Ghana has a digital address. The process of affixing unique property address plates for some 7.5 million properties in all sixteen (16) regions has also started.

“Mr. Speaker, for the first time in Ghana, more than seventy percent (70%) of the population has access to financial services either through a bank account or a mobile money account. We have been able to do so through the implementation of mobile money interoperability (between bank accounts and mobile wallets), with Ghana as the first and only country in Africa to have done so.

“It is, therefore, not surprising that Ghana is the fastest growing mobile money market in Africa. Furthermore, our successful introduction of the Universal QR (Quick Response) CODE for payments across banks, telcos, fintechs and merchants will propel Ghana to be amongst the first countries in Africa (if not the first) to move towards a largely cashless economy, when fully rolled out across the country with the support of the Bank of Ghana.

“Mr. Speaker, we have also digitized the operations of many government institutions including the ports, NHIS, DVLA, GRA, and the Passport Office. One of the most dramatic examples of this development has been the ability of SSNIT to pay pensions within ten (10) days of application, as opposed to the endless delays of the past.”

MTN-Ghana Rolls-Out No ID, No Cash out Policy Today
Translate »
Scroll to top